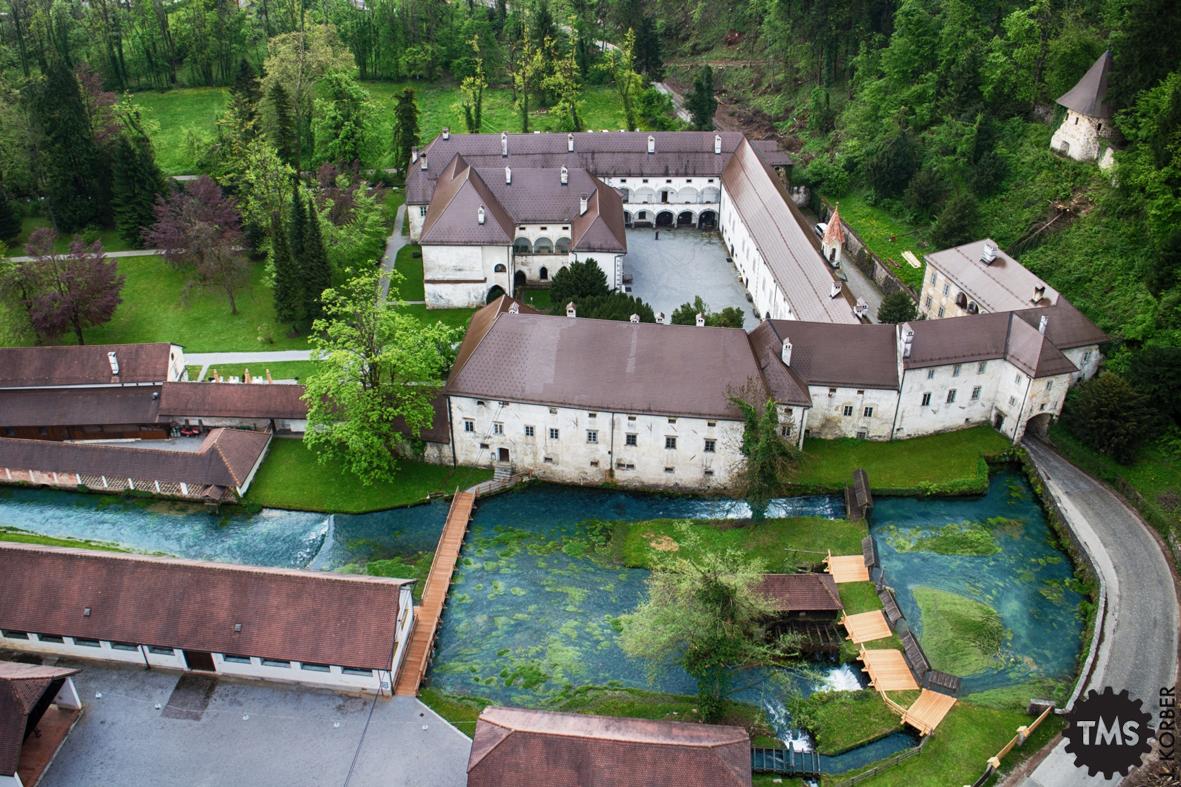 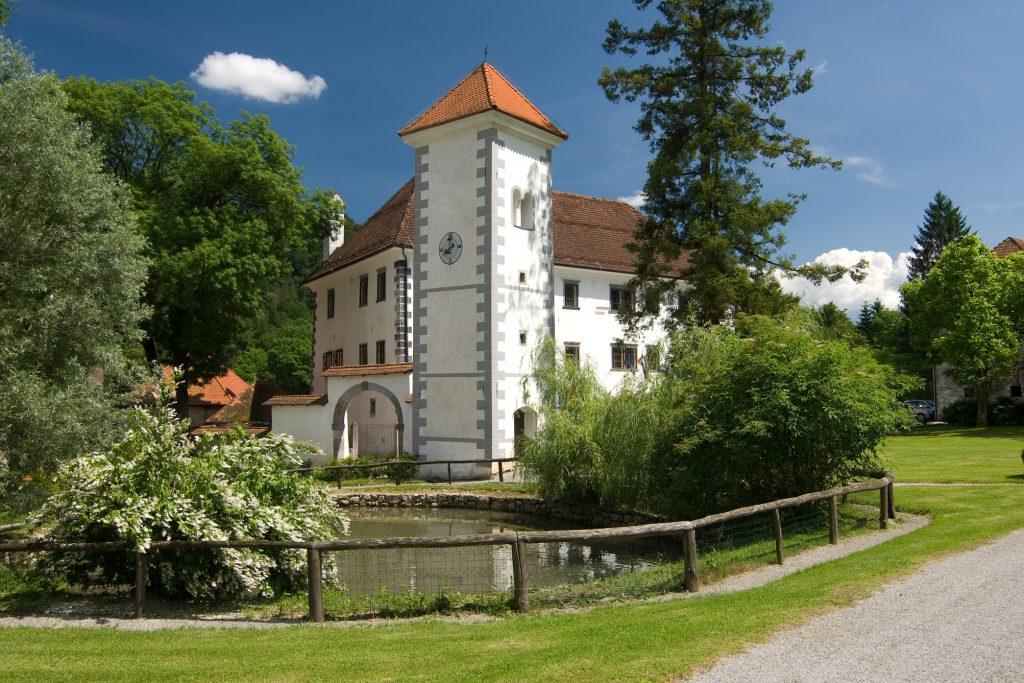 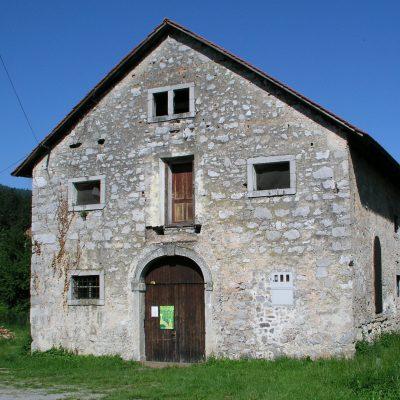 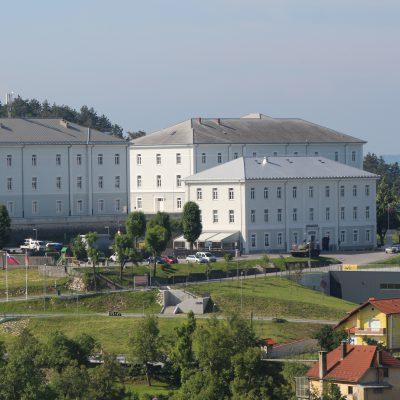 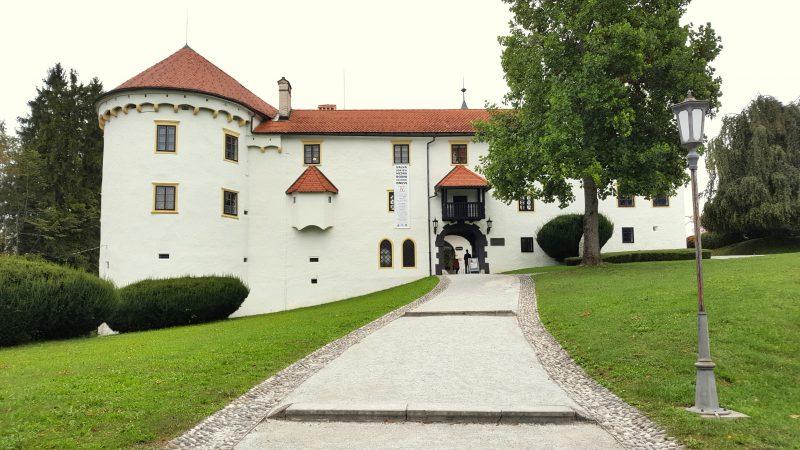 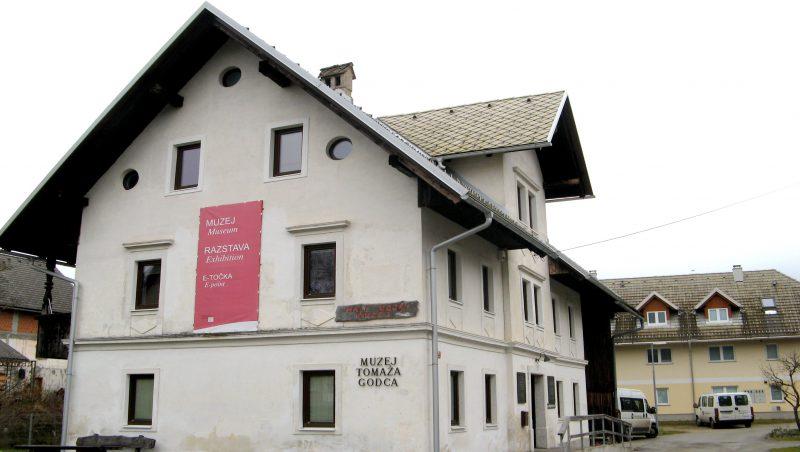 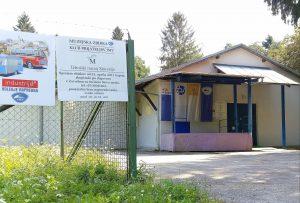 The Technical Museum of Slovenia is situated at the former monastery and castle complex – in Bistra pri Vrhniki. The town and castle were both named after the clear water springing from karstic sources, which give a special charm to the area. Bistra changed its cultural, political, economic and social role as many as three times in the past centuries: a Carthusian monastery from 1260 to 1782, when it was dissolved, after its 1826 renovation it served as a mansion, and with 1951 it became the permanent residence of the TMS.
The principal museum collections of the TMS are situated in the former Carthusian monastery. Alongside visits to our museum collections and numerous activities that we offer for children and adults alike, our visitors can also enjoy in an escape to a natural environment, away from the city’s hustle and bustle.

The Polhov Gradec Mansion has been the home of the renovated Museum of Post and Telecommunications since 2008, with the former residence of the museum being the Škofja Loka Castle, from 1985 to 2008. The project is a result of a longstanding collaboration of the Ministry of Culture of RS, Post of Slovenia, Telekom Slovenije Group and the Technical Museum of Slovenia. The Museum of Post and Telecommunications offers renovated and improved collections of History of Post, History of Telecommunications, and Živa’s Corner, which is dedicated to the museum’s youngest visitors.
The History of Post Collection presents the development of post from prehistory until today. Its four rooms display models of post-chaises, reconstructions of post offices and uniforms of mail carriers from various time periods and different postal means of transport (chaise, moped, bicycle). It also offers film excerpts on the topic of the post and an animated film titled Whose Letter is This. The relocation of the museum holds special importance to the locals as Polhov Gradec now once again has its post horn. It used to belong to the local Tomšič family, who had leased the Polhov Gradec postal office since 1869.
The History of Telecommunications Collection displays old telephones, teleprinters, wirephoto machines as well as other devices used to transfer long-distance messages. On the phone you can also listen how people made phone calls in the past. Since December 2008, visitors can also inspect and test the telephone and teleprinter central.
Živa’s Corner is dedicated to the youngest visitors to the museum. Through play (Find the pair, Post through time) and various workshops (Making the Post Horn, Post Caps, Stamps, etc.), children learn about the history of post and telecommunications. 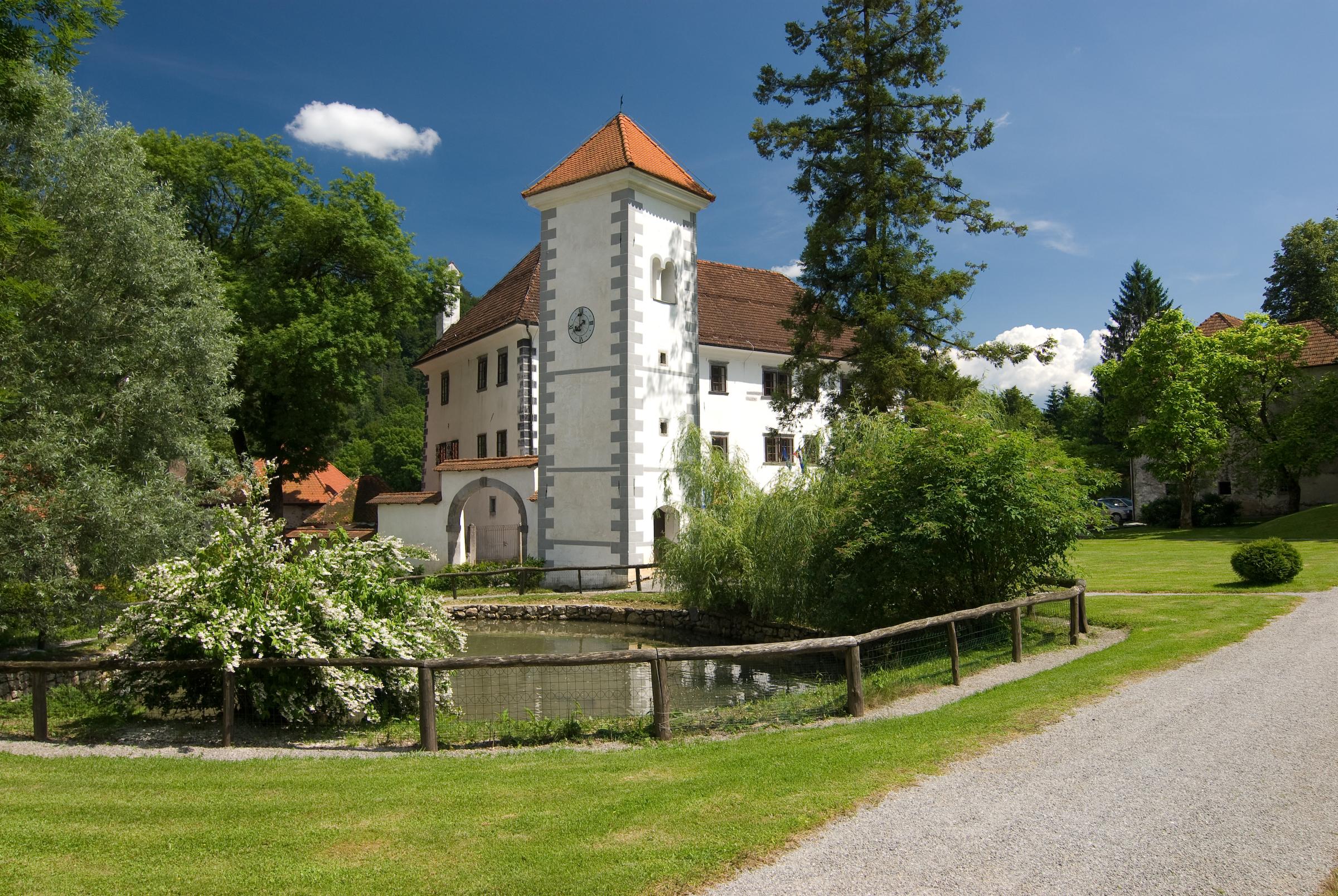 In 2009, we opened the museum’s renovated and improved collections. The History of Post Collection was supplemented with the presentation of the inventor of the postage stamp, Lovrenc Košir, and overview of the history of postal services in the 18th and 19th centuries and a reconstructed postal office from the 20thcentury.
Presentation of the beginnings of telephony around the world and in Slovenia is on view at the History of Telecommunications Collection. Visitors can also test how a Morse telegraph receiver worked and see into the workings of loading coils in the telephone as well as an automatic telephone device, landlines and tools used by equipment installers on network systems.

In Živa’s Corner, we created a children’s postal office, where our youngest visitors learn about the history of post and telecommunications through play and test how a manual switchboard was operated.

Alongside everything listed, we complemented our museum collection with a short overview of the Polhov Gradec Mansion, and a presentation of count Rihard Ursini Blagaj, who strove for comprehensive development of Polhov Gradec and its surroundings. Count Ursini also supported and accelerated the development of agriculture and cottage industry, he was an expert in mineralogy and botany and was a great supporter and patron of art. He was also elected as the first president of the Museum Society of Carniola, the predecessor of today’s Slovene Museum Society. For this occasion we also published a museum guidebook in Slovenian and English.
In November 2015 the museum opened the Please Touch museum path, adapted for the blind and visually impaired visitors.

More information about the museum… 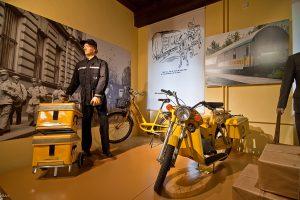 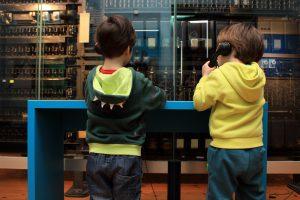 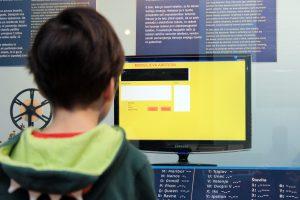 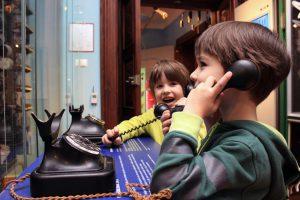 The Soteska storage unit hosts the Vehicle Collection of the Technical Museum of Slovenia, which does not hold a wider communicative value as a whole. Each artefact can be of interest to a visitor, but as a whole, they are, more or less, connected by only one common denominator. That is, these are examples of vehicles, which cannot be, except for animal harnesses, even defined by museology standards. 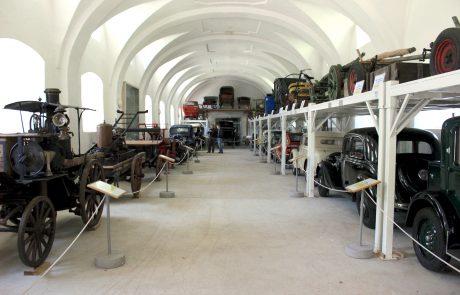 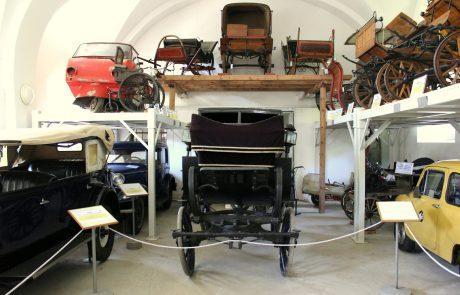 Visitors can visit the collections of bicycles and motorcycles, animal-drawn vehicles for the transportation of goods and people, such as farm wagons, open carriages, sprung carts, fiacres, sleighs, hose wagons, and automobiles. Among the latter are also the models of Zastava 750 and 850, Citroen GS, and Mercedes 320. Occasionally, changes and new additions are made to the Vehicle Collection at the storage unit. The lack of space in Bistra guarantees that the current state of affairs will not last for much longer, as we plan to enrich the storage unit with new additions from the collections of the Technical Museum of Slovenia. We hope it will be to the pleasure of our visitors.
During summers and on Sundays children’s workshops are prepared.

The Park of Military History Pivka hosts the joint storage units of the Museum of Contemporary History Slovenia, National Museum of Slovenia and the Technical Museum of Slovenia. There it is possible to visit and see numerous museum artefacts, among them those from the Traffic Collection, artefacts connected with hydraulic, animal and steam power, computers, telecommunications, etc.

About 1300 objects are exhibited in total.
We would like to see that the visit to the depot would become an invitation to visit the Technical Museum of Slovenia in Bistra and Museum of Post and Telecommunications in Polhov Gradec and, of course, an interesting addition to the offer of the Military History Park of Pivka. 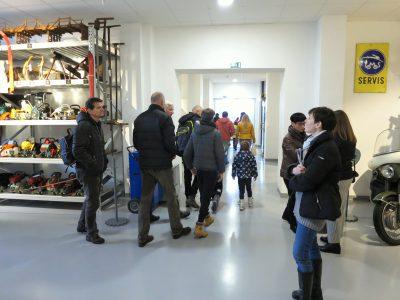 Bogenšperk Castle discloses the printing activities of Janez Vajkard (Johann Weikhard) Valvasor. The Slovenian Geodetic Collection also found its place at the castle as Valvasor was, among other things, an important topographer and cartographer who, more than three hundred years ago, studied and depicted the areas of today’s Slovenia on topographic depictions and maps. 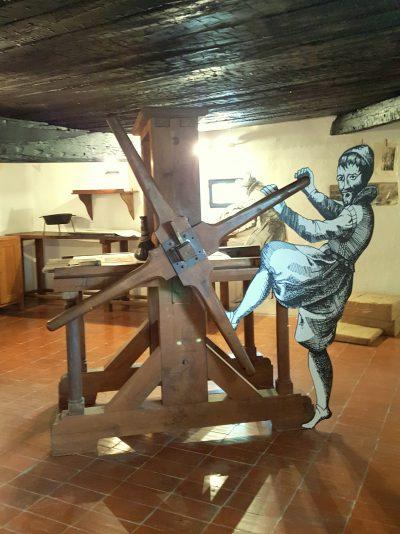 Valvasor’s collections of topographic features of our towns, as well as his maps detailing our lands, could be, at that time, be compared to any in Europe. Valvasor was also a natural scientist and the exhibition Valvasor’s View of Nature presents him as such. 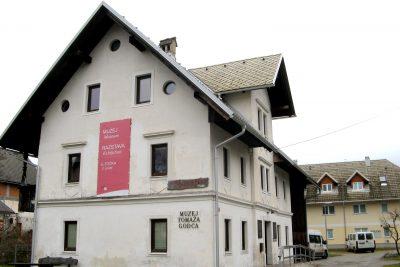 We are also inviting you to visit the museum collection of the automotive and caravan industry in Lower Carniola (Dolenjska), located in Drgančevje in Novo mesto. The collection was established by the Society of Friends of the IMV in collaboration with the TMS and numerous other partners, sponsors and patrons.

The museum field agrees that the IMV Museum Collection is important from a local and national standpoint. It depicts the history of the automotive and caravan industries in Lower Carniola, which was a key factor on the life in the region, and still holds much influence on the economy and promotion of successful products in Slovenia and worldwide. 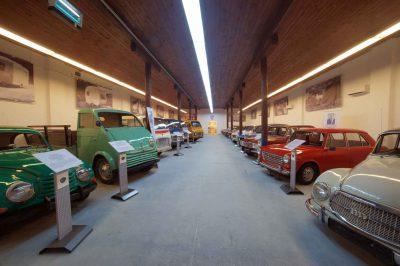 The IMV Museum Collection is open for visitors every Saturday from 10.00 am to noon, while group visits are also possible on workdays, in the morning or afternoon, by prior agreement. Contact: Mr. Vojko Grobovšek, Telephone: 00386 31 819 988.

• Set up the IMV Museum Collection in Drgančevje:

The IMV, City Municipality of Novo mesto, Higher Education Centre Novo mesto, Technical Museum of Slovenia (TMS), Revoz d. d., Adria Mobil, d. o. o., TPV d. d., Museum of Dolenjska and the School Centre Novo mesto signed a Letter of intent in 2008 to establish and set up a museum collection dedicated to the development of automotive and caravan industry in Lower Carniola. Following this, the City Municipality of Novo mesto, TMS and the Society of Friends of the IMV all presented their ideas for the content of the museum collection to the Ministry of Culture. With support from the ministry and the TMS, the Society of Friends of the IMV gained the status of a non-governmental organization, which helped in the acquisition of additional funding at two public tenders of the Ministry of Culture. Key for the conclusion of the first phase of the museum collection was also the productive collaboration between the management and the TMS expert collaborators. By joining our forces, we thus first produced a concept how to establish the optimal environment for the artefacts, restored the artefacts, and created a museological basis for the exhibitions, which is now the foundation of the current IMV Museum Collection. The collection also includes several restored vehicles from the TMS collections.

Students from the Higher Education Centre Novo acquired new skills through practical work at their learning workshops. Under the attentive mentorship of TMS conservator-restorers, experts and their mentors, they also restored several vehicles. All work done for the collection by the members of the Society of Friends of the IMV was done through sheer passion, with complete dedication and fully voluntary.

With our joint forces, we were able to open the first phase of the museum collection on 15 November 2011, which included six delivery vehicles, four caravans, ten cars, TPV seats and a classroom in which visitors can watch a film on the IMV. Pioneers of our development of caravans, delivery vehicles and cars are also presented.

We then expanded our collection with new additions of cars and delivery vehicles, with which we will continue in the future.

More on the Wheels of Progress exhibition

• Set up the exhibition Wheels of Progress – Wow, Industry!, as part of the European Capital of Culture (ECC), Maribor 2012:

The exhibition, which complements the museum collection, was presented to the public on 15 June 2012. The newly arranged area displays how the image of the IMV company was created, and how its successors created theirs. TMS and the City Municipality of Novo mesto also offered their support with this part of the collection, while the project was financially supported by the Ministry of Culture as part of its Wow, Industry! project at the Maribor, EEC. Throughout the creation of the collection, all operations were financially and technically supported by Revoz, Adria Mobil, TPV, and numerous other companies from Lower Carniola.
In 2013, likewise with support from the Ministry of Culture, the project “Presentation of Caravans and Motorhomes in the IMV Museum Collection” complemented the collection with caravans, a motorhome, and a mobile home.

Alongside the creation of a museum collection, the Society of Friends of the IMV also succeeded to:

• Publish the book (monograph) Povest o velikanu pod Gorjanci (Tale of the Gorjanci Giant), an hour-long film Povest o velikanu (Tale of the Giant) and an 18-minute film on Jurij Levičnik titled Vsakemu Podgurcu svoj kos kruha (To Every Podgurc Their Piece of Bread). The book and films show how vehicles, caravans, motorhomes, and cars were developed between 1954 and 1989, and document the development of succeeding companies such as Revoz, d. d., Adria Mobil, d. o. o. and TPV d. d. Novo mesto.

• Name a thoroughfare road into Novo mesto after the father of the caravan and car industry, Jurij Levičnik.

• Place a memorial dedicated to Jurij Levičnik,director general of the IMV, in front of the former IMV administrative building, now the location of TPV d. d. Novo mesto.