Currently there are four permanent exhibitions in the Road Vehicles department.

The first entitled From Pharmacy to Service Station was put up in 1995. It is a joint-venture project undertaken in conjunction with Petrol, the country’s largest supplier of gas-oil, and as such it has a special status.

The second – Motorcycles from Koper – was established after taking possession of the erstwhile Tomos Institute collection. It is a tribute to the rich research and development activities of the only domestic motorbike manufacturer.

The third presnets rich collection of bicycles which traces the long evolution and development of the cycle from the beginning of the 19th century, when Karl Drais introduced his Draisienne, to the mid-20th century.

And the fourth OUR BELOVED CAR, The first century of motoring in Slovenia territory was opened on March 2014.

The rich collection of bicycles traces the long evolution and development of the cycle from the beginning of the 19th century, when Karl Drais introduced his Draisienne, to the mid-20th century. The exhibits include a copy of Drais’ ‘walking machine’, the first factory-manufactured bicycle of Pierre Micheaux (a long-term loan from the Deutches Tehnikmuseum in Berlin), velocipedes from the second half of the 19th century, the high wheel bicycles from the end of the 19th century, and the first chain-driven models from the beginning of the 20th century. In addition, there are also many models of the most popular bicycle brands in 20th century Slovenia, such as Adler, Puch, Styria, Miele, Premier and of course, bicycles of the largest Slovene manufacturer, Rog from Ljubljana.

The exhibition From Pharmacy to Service Station established in co-operation with the country’s largest gas-oil supplier Petrol, addresses the development of fuel provision and distribution in the territory of Slovenia. Due to the special status of the collection, the post-war period focuses exclusively on trade with fuels by Petrol.The exhibition includes various examples of old fuel pumps illustrating how these have developed. A recreation of a roadside petrol station from the pre-WWII period makes an interesting contrast to the modern-day successors.

The exhibition comes with a catalogue that can be purchased at the pay desk. 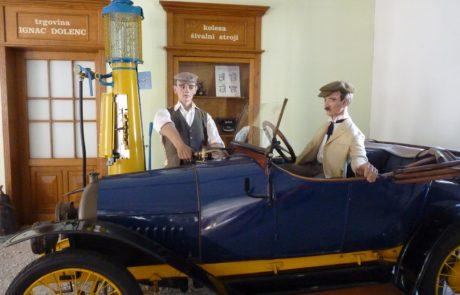 The “Motorcycles from Koper” exhibition is dedicated to development and achievements of TOMOS (an acronym of the full title TOvarna MOtornih koles Sežana (Motorycle Factory Sežana)) – the only domestic manufacturer of motorbikes, situated in Koper until 1980’s. The focus is placed on motorbikes and mopeds, which were the milestones in the company’s development, as well as racing motorbikes and a number of prototypes, which never made it into mass production. The most popular and commercially successful motorbikes are displayed. The exhibition is the first step towards a complete investigation of the domestic motor vehicles industry by the Technical Museum of Slovenia.

An English and a Slovenian editions of the catalogue “Motorcycles from Koper”, which has been sold out, are now freely accessible online.

On March 2014 new permanent exhibition OUR BELOVED CAR, The first century of motoring in Slovenia territory was opened.

Through three distinctive periods (up to World War I, between the two world wars and since World War II until independence) the exhibition presents the development of automobile traffic in Slovenia territory. The history of transport is presented with typical examples of the most recognizable vehicles and car parts such as wheel and grille. By taking a stroll through the exhibition the visitor become familiar with the development of signs and registration marks and typical roadways for each period. The time and environment in which the vehicles were in use are presented with interpretive text, pictorial and graphical materials.

The visitors can admire ten cars and five motorcycles. The cars include Austro Daimler, Wanderer, Chrysler limo from 30′, which is considered one of the representatives of popular American brands, Ford T, Zastava 600D (Fičo) and kids car. The motorcycles include Torpedo, racing DKW, Tomos T12, motorcycle Douglas as well as small-scale racing Tomos D5). Every car is accompanied with short presentation video. We are displaying the final examples from our rich collection of vehicles.

A special place is given to the oldest car preserved in Slovenia – a two-seat Piccolo from 1906. Before World War I, many small cars were dashing along the roads of what is now Slovenian territory. The Piccolo, made by the German company Ruppe & Sohn, was proving to be one of the most popular. 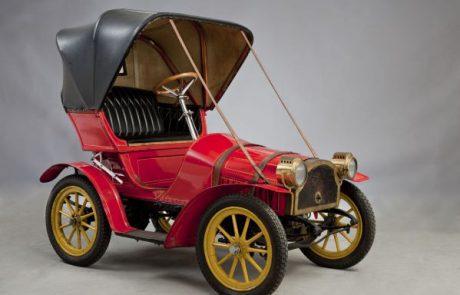 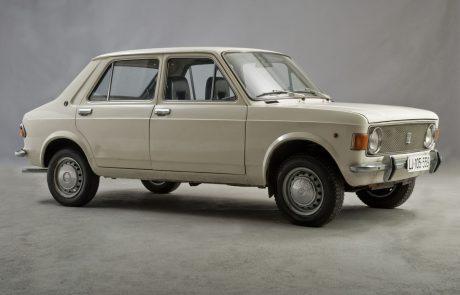 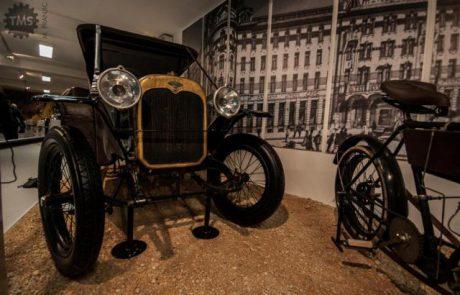 [/fusion_gallery]
We use cookies to ensure that we give you the best experience on our website. If you continue to use this site we will assume that you are happy with it.SubmitDeclineTerms and Conditions