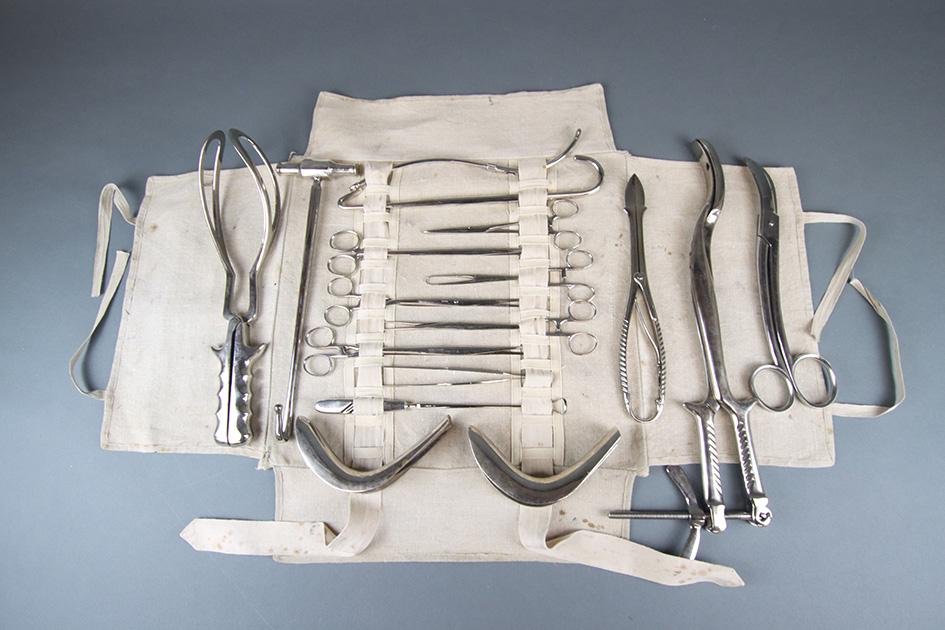 Treasures from the Depots: Medical instruments and equipment

Since its foundation, the Technical Museum of Slovenia has collected and preserved objects from the field of medicine. Back in 1955, two years after the museum collections were open to the public, it acquired the first one – a wooden X-ray machine, which had been used in the first mental hospital in Slovenia.  The idea to collect movable heritage also from this field had most likely something to do with personal affinity of Marjan Vidmar, initially a curator and later a long-standing director, who in his student years completed three years of study at the Faculty of Medicine, University of Ljubljana.

The medical devices, instruments and tools collection nowadays contains more than 500 object, such as a wooden X-ray machine, iron lung and heart-lung machine. The collection is held at the storage depo and except for few objects has not been presented to the public yet.

Due to space limitations, only a small selection of objects is presented at the exhibition. Based on their use, the items are divided into surgery, dentistry, obstetrics and gynecology, otorhinolaryngology and other. The exhibition is part of a series of events celebrating the 70th anniversary of the Technical Museum of Slovenia.

This exhibition is accompanied by a catalogue.

The exhibition is on display from 3 April 2021 to 31 December 2021 in the Nikola Tesla lecture room.
Author of the exhibition: curator Milojka Čepon

The exhibition was made possible by the Ministry of Culture of the Republic of Slovenia.