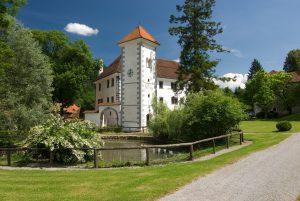 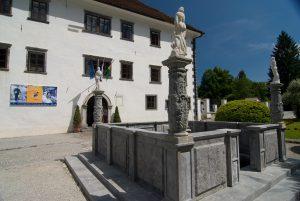 The renovated Museum of Post and Telecommunications, formerly housed in Stara Loka Castle, Škofja Loka, between 1985 and 2008, was opened in Polhov Gradec Castle. The project is the result of many years of cooperation between the Ministry of Culture for the Republic of Slovenia, Pošta Slovenije, Telekom Slovenije and the Technical Museum of Slovenia.

The History of Post exhibition provides an introduction to the development of postal services from ancient times until the present. Four rooms contain models of postal carriages, reconstructions of post offices, uniforms of postmen from different periods as well as a variety of postal transportation (e.g. horse-drawn carriage, bicycle, motorbike). In addition, you can watch short films about the postal service, and an animated film entitled Whose is the Letter?
The relocation of the museum is of particular significance to the inhabitants of Polhov Gradec, as it brings the post horn back to their town. This horn was once in the ownership of the local Tomšič family, which since 1869 leased the Polhov Gradec postal services.

The History of Telecommunications exhibition include a wide collection of telephones, teleprinters, tele-photo devices and other appliances aimed at sending messages over long distances. Visitors can listen ‘over the ‘phone’ to how people used the telephone in the past. In December 2008 the Polhov Gradec collection was enriched by the addition of a telephone and a teleprinter exchange.

Živa’s Corner is aimed at the youngest museum visitors, and by means of a selection of games (Find the Pair, Post Through Time) and various workshops (making of a post horn, postal worker’s cap, stamps etc.) will familiarise the young visitor with the history of post and telecommunications.