The joiner’s trade – which was originally centred around the manufacture of windows, doors and their pertaining frames, as well as simple items of furniture and farm equipment – derived from the carpenter’s trade at the end of the 15th century. It was also quite usual that joiners specialised in making certain specific articles, such as chests, beds, cradles, cabinets, chairs, window frames, doors, or even fixtures and fittings for churches. Until the dawn of the 20th century, all the products of a Slovene joiner’s workshop were hand-made, and every craftsman would have at his disposal approximately 150 to 200 different hand tools. 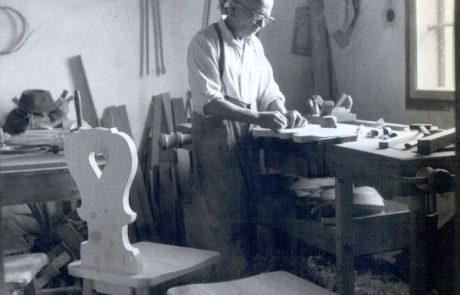