The development of textile industry in Slovenia

The exhibition, which is on display from 3. 12. 2012, shows the evolution of one of the most important industries in the Slovenian economy. In the first part, we present the foundation, operation and development of the first mechanical spinning mills and weaving mills in the 19th century and working conditions. Factories have been equipped with modern machines and water vapor drive. In the second part of the track we follow rapid development of textile industry between World War I and II. At the beginning of World War II, there were 67 textile factories on Slovenian territory. Maribor, Kranj have become the major textile centers in Slovenia.
The main objects of the new exhibition are spinning machines that are used to operate in factories Tekstilindusu and Kranj. The oldest of six machines on display was made 120 years ago, while others date back to the early 20th century.
Exhibited spinning machines show the fabrication process of cotton yarn from carding to spinning. From 3. 12. 2012 four machines, which are the result of years demanding restoration and conservation workwe, are on display and two more will be next year. 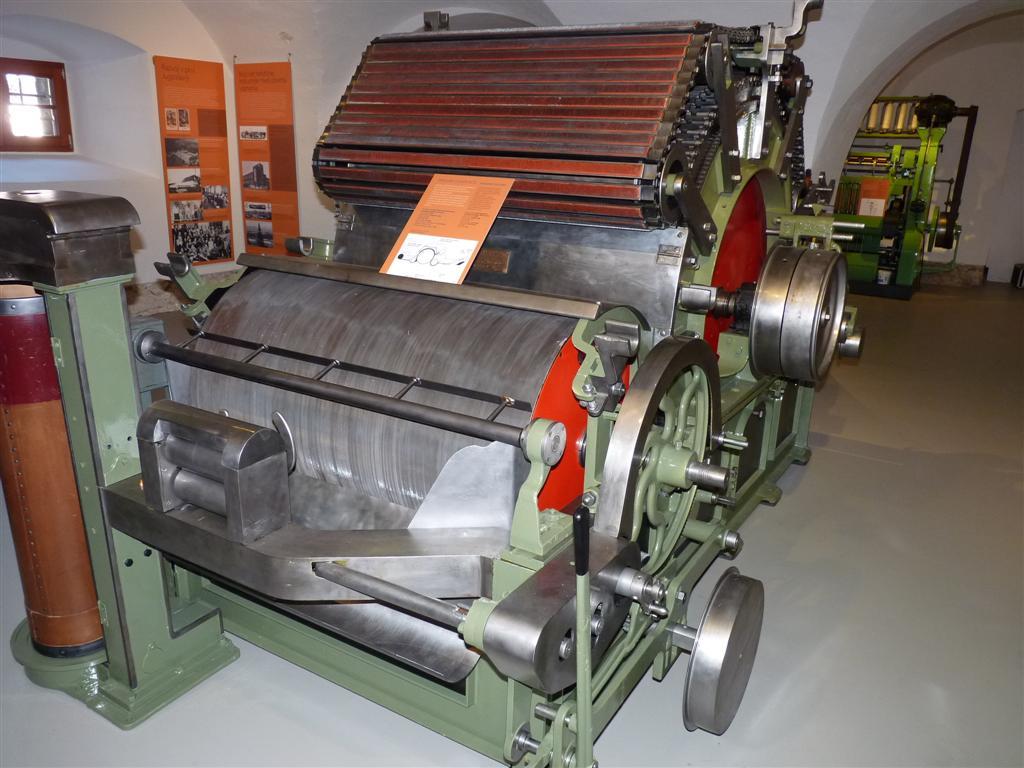 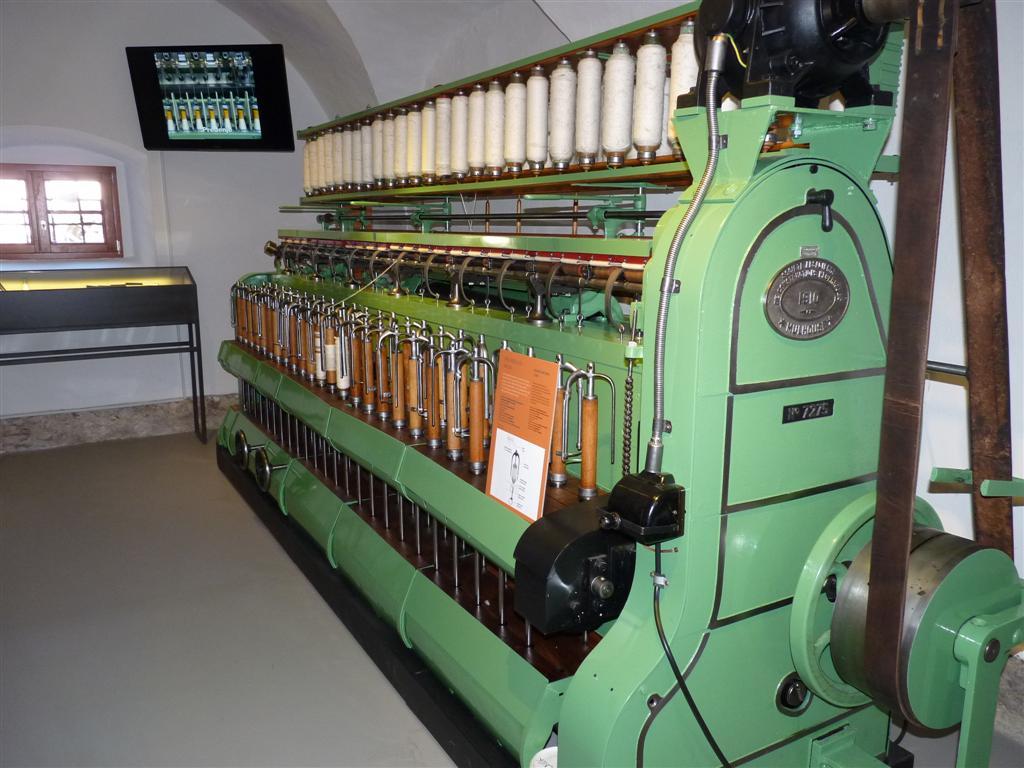